The Circle #8:
The Hawaiian Turnaround 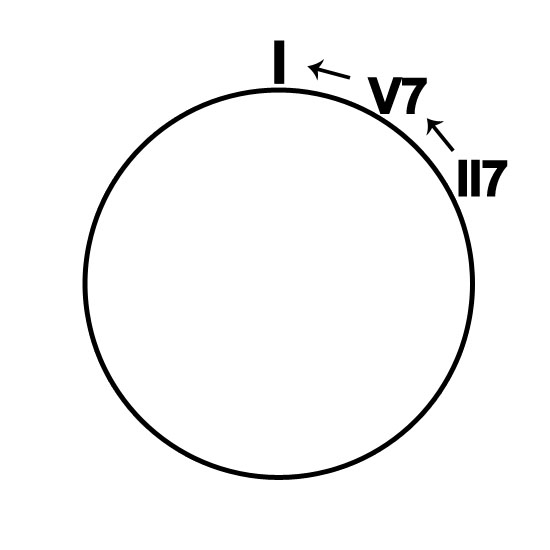 Welcome to The Circle, our voyage into the mysteries of the The Circle of 5ths. Remember, the 5th of any key can be found directly to the right of the tonic of that key on the circle. For example, in the Key of C, the 5th is G. In the key of G the 5th is D and so on.

Let’s number each note in the C Major Scale:

By doing this we discover that D is the two of the C scale and, as we’ve already found out, G is the fifth. Here’s where the magic comes in! As we can immediately see from the circle, D is also a 5th above G (the V of the V). That means if we make the D a D7 chord, that will add the tension needed to make the chord want to resolve a 5th interval counter-clockwise on the circle. So D7 naturally resolves to G. Make G a G7 and it will want to resolve a 5th back to C. This is where the famous Hawaiian Turnaround comes from, the II7-V7-I progression. 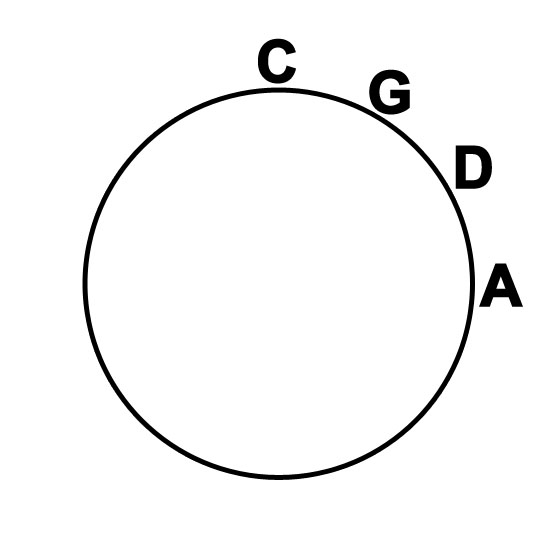 Observation:
You can immediately figure out the three chords to any Hawaiian Turnaround by consulting the circle. First, select the key you want to play in. The V7 and the II7 of that key will be the chords built on the next two notes found to the right of the tonic.