The Circle #11:
Diminished Chords Are Square!

Welcome to The Circle, our voyage into the mysteries of The Circle of 5ths.   In this post we continue on our exploration of geometric shapes and how they can reveal the internal structure of chords. Overlay a square on the circle and you’ll notice the four points are pointing at four different notes, C-Eb-Gb-A, the f 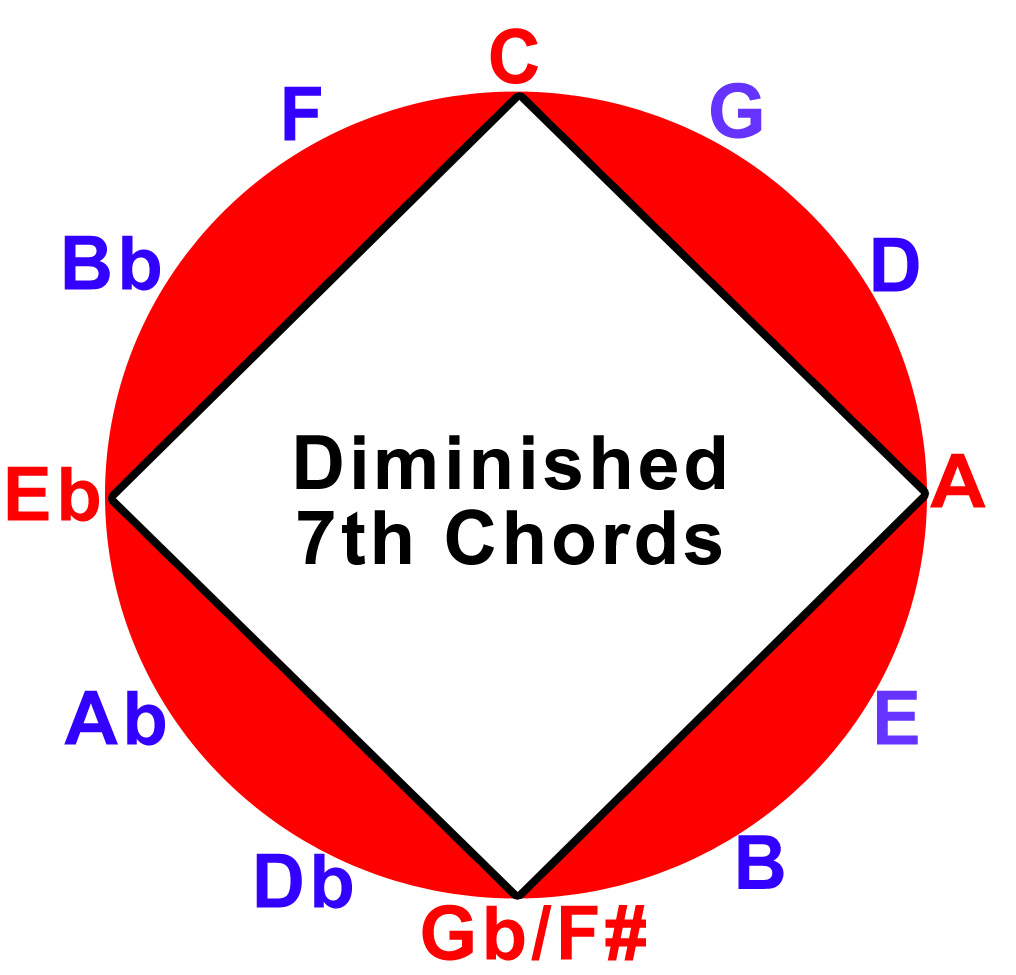 our notes contained in a Diminished 7th Chord.

The reason the Dim7th chord is so square is that every interval within the chord is of equal size, as the four sides of a square are of equal length. From C to Eb is an interval of a minor 3rd as is the interval from Eb to Gb, Gb to A and A to C.

We can also number each note of the Diminished 7th chord to see what scale degrees we are using to form the chord. C is the I, Eb is the flatted 3rd, Gb is the flatted 5th and A is called the double-flat 7th.  Here’s the great thing about diminished 7th chords that makes learning all of them so simple. Since all the intervals are of equal value you can name the chord from any of the notes the chord contains. 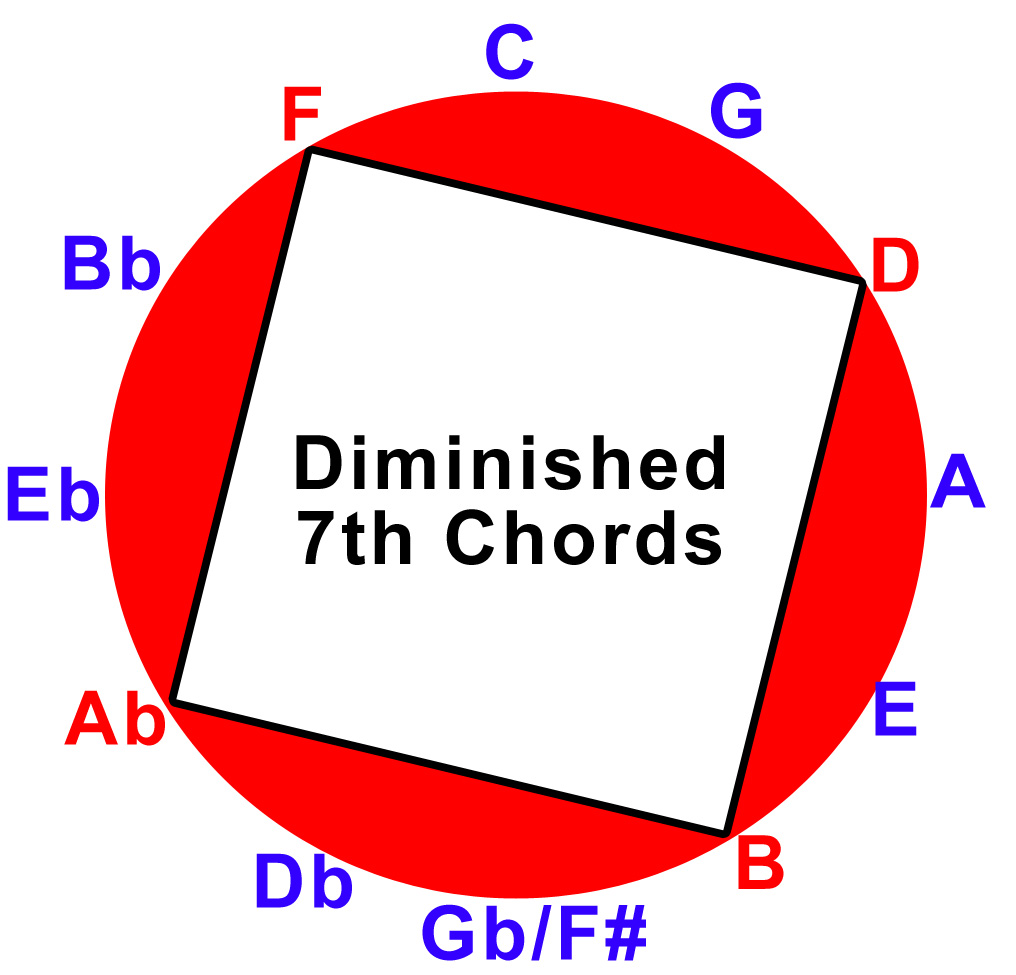 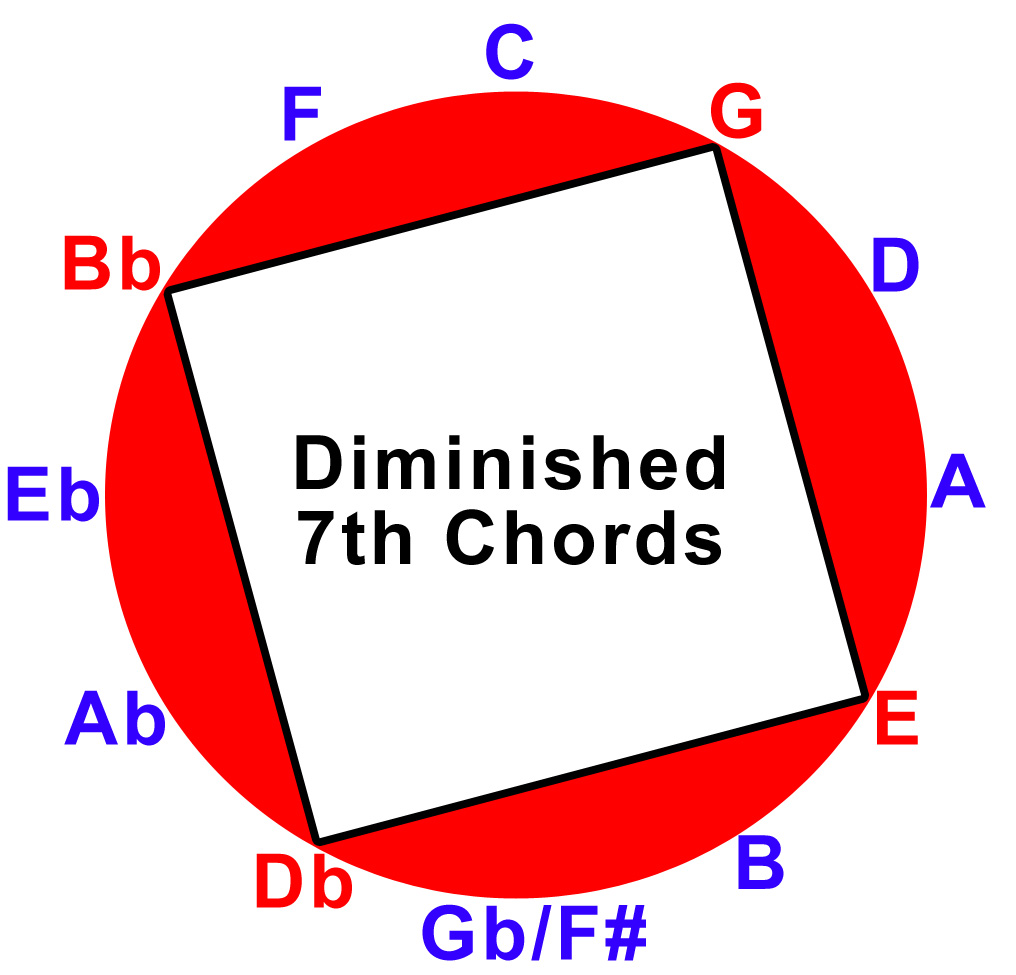 Since the same diminished 7th chord repeats every third click of the square, the dim7th chord shape will in-turn repeat itself every third fret on the ukulele. These chord inversions are very useful using the shape where all the strings are fretted.

Observation: Learn one diminished chord and you’ve basically learned them all since they all have the same square structure.