The Beatles In Three Chords: Love Me Do

The Beatles In Three Chords is a new feature designed to enhance your Beatles repertoire with fun, three-chord songs.  We start at the beginning of The Beatles recording career with their first single, Love Me Do, which was released on October 5, 1962. 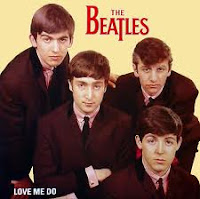