The Beatles In Three Chords: Everybody’s Trying To Be My Baby

Where did The Beatles find their early songs?  Everywhere, especially in the genres of American rock n’ roll, blues, and even country music.  Today The Beatles In Three Chords looks to the country genre and what could have been a long forgotten song by Rex Griffin had it not been for Carl Perkins and The Beatles. 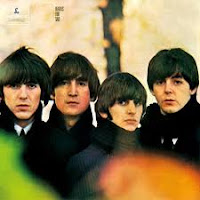 Everybody’s Trying To Be My Baby was written by Griffin in 1936 and probably would have faded into obscurity had not Perkins recorded it in 1956 making it a rockabilly anthem.  That’s the version The Beatles heard.

Learn this simple chord progression and you’ve not only learned Everybody’s Trying To Be My Baby, you’ve learned it in three different genres;  western swing (country), rockabilly and rock n’ roll!