DONATE TO PLAY UKULELE BY EAR 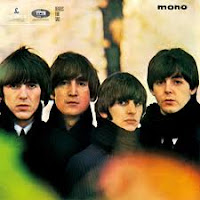 Songwriters Jerry Leiber and Mike Stoller had never visited Kansas City.  Regardless of that, in 1952 they penned the famous blues tune that carries that city’s name.  A decade later four lads from Liverpool recorded a medley of Kansas City and the Little Richard song Hey, Hey, Hey, Hey.

Both tunes are your garden-variety 12 Bar blues.  When Wilbert Harrison had a number one smash with Kansas City in 1959 he recorded the song in C#.  See if you can determine what key The Beatles chose to record the song.

Also, try that fancy strum and walk-up introduction to the song.  It works well on a ukulele!